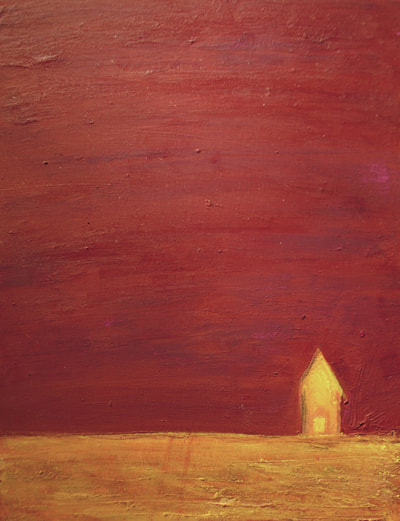 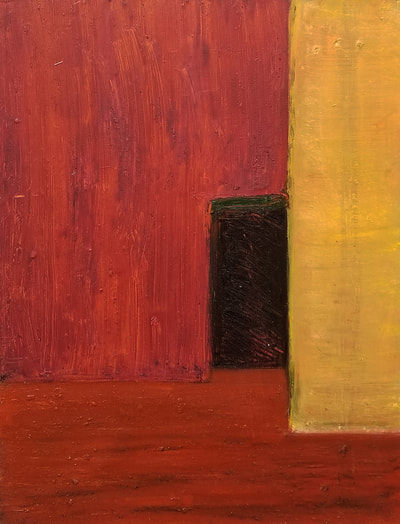 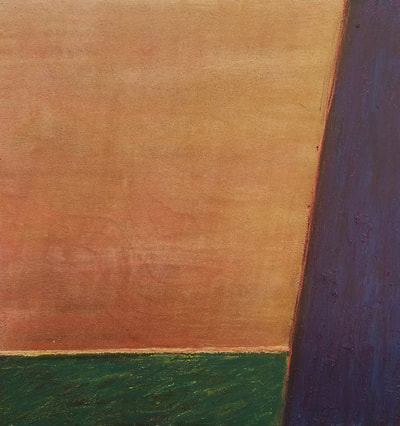 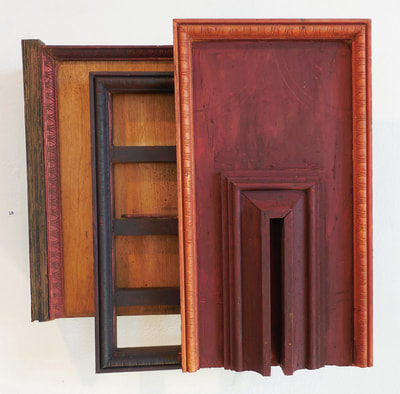 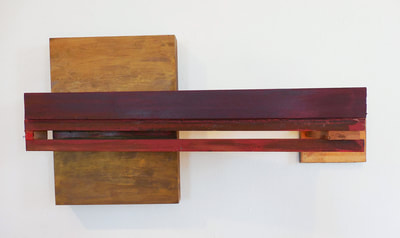 UNTITLED, Mixed Media on Panels, 12”X24”X3”, 2017
Artist Statement:
Philosophers essentially try to answer the question of meaning and existence. They go through incredible intellectual exercises but in the end ask the same question: why am I here? Even Marx, whom I believe many misunderstand, wanted an answer. There's an interesting thread that flows through Hegel, Marx and Jim Morrison which revolves around the phrase "I was doing time in the universal mind, when you came along with a suitcase and a song and turned my mind around."  While in school I discovered the Existentialists and I took them to heart - wanting to strip everything away and live for now. EXIST.  Meaning is found in existence. I also discovered "Eastern Religion" in particular Buddhism and Taoism. I'm a beginner and hope to be. But I still wasn't satisfied.

The physics of consciousness, in relation to modern quantum mechanics theory illustrates my intention in regards to my paintings.  Many are starting to analyze what consciousness is and the physical connection between our consciousness and/or spirit and the universe, that we are truly interrelated. This concept fascinates me.

In the sciences, both physical and metaphysical, a singularity represents a unique and unfathomable moment when logic and non-logic become one and shift meaning. A singularity is simultaneously the beginning of time and the end, as well as its revelation.  One both exists and ceases to exist.  One is both infinitely massive and void of volume. The singularity remains a focal point in my work.  While considering this, which harbors the most illogical of places, the desire for the most logical appears as a shelter, an anchor, a sanctuary:  home. Gradually, in my works, a house-like shape emerged, and became an important element: a counter-point to a universe, poised on the knife edge of meaning and the precipice of the void.

The paintings are on panel, and consist of oil paint, oil pastel, dry pigment and wax medium. This combination produces a balance between luminosity and saturation, with a focus on texture and the relationship between minimal objects and space. The background and foreground is interchangeable, creating an illusive space, yet there are very distinct relationships between them.

​I believe that the search for meaning is at the core of our purpose. This search is a duality. By giving meaning to our existence we give meaning and purpose to existence. The goal is to unite or reunite our essence with the universe out there, to become one.
​
Artist Bio:
George Shaw is an artist residing in Cambridge, Massachusetts, graduating with honors from Massachusetts College of Art in 1983 with a Bachelor of Fine Arts in painting. George’s aesthetic interests also extend to his studies of classical architecture and restoration. Attending the Boston Architectural College he received a Certificate of Historic Preservation. He feels that within the classical idea in architecture one can establish proportion, unity and order to untamed reality, which is mirrored in his paintings and sculptures.

​George is known for an architectural influence on his sculptures and paintings, employing classical facets of light and structure. His work is introspective and atmospheric.
​georgeshawart.com