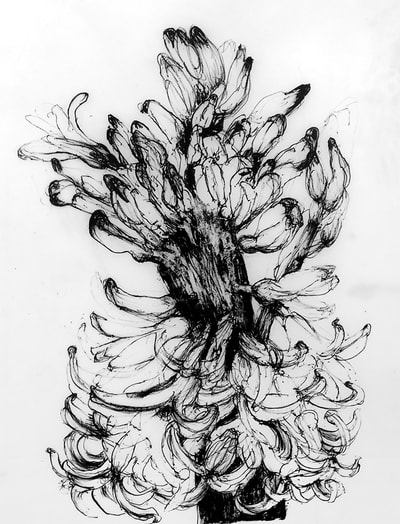 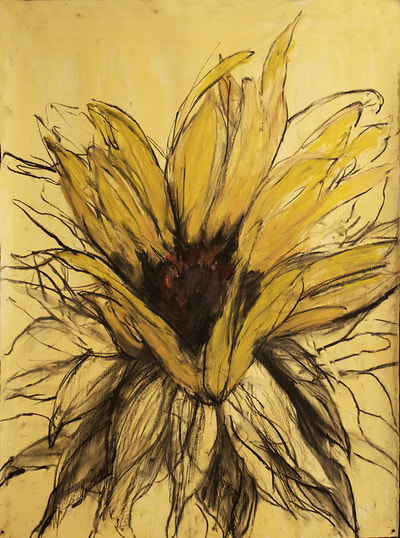 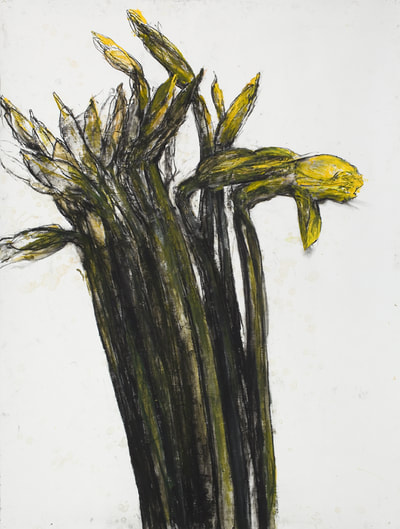 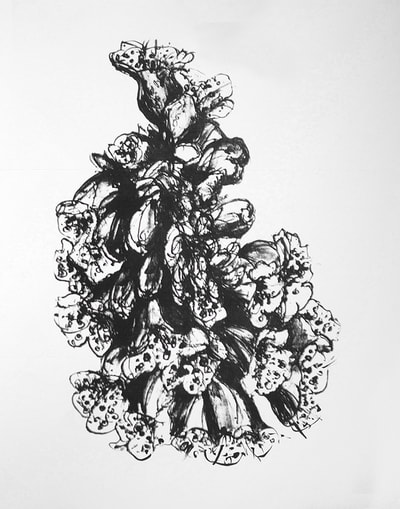 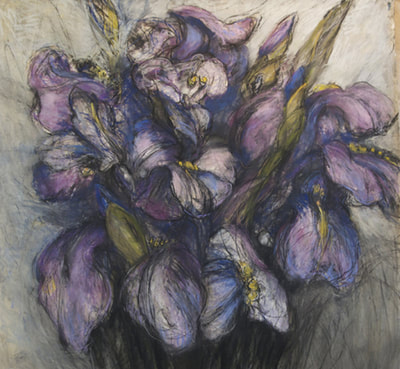 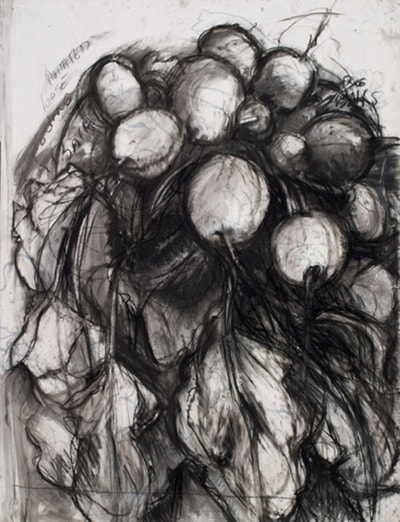 Iris Forms, Medium: Monoprint, Dimensions: 30x23", 2012
Artist Statement:
My starting point is cut flowers. I am attracted to shifting relationships, complexities of the everyday. I am interested in clusters with architectural forms in the process of unfolding, a time frame of the inevitable. Drawing from observation brings with it the challenge of what is "real" or "true". The intention may be to draw what is there but what comes out is almost always unexpected.
​
Artist Bio:
Born and raised in the Boston area, artist Cynthia Maurice attended Pratt Institute before graduating with a BFA and MFA from Boston University and the School of Visual Arts in New York.

She received a Massachusetts Cultural Council Award in the category of Drawing, Prints in 2002. Previously she had been a Finalist in MCC categories, Drawing 1991 as well as Painting 1995

A major retrospective of her work appeared at the Freeman Gallery, Albright College, Reading, Pennsylvania in 2004.

“Fresh Cut” a solo show based on a drawing series of flowers and vegetables was first exhibited at the Newton Free Library, 2009. “Fresh Cut New Work” was exhibited in the New England Currents Gallery at the Danforth Museum in 2011.

In February 2016 Cynthia shared a mini retrospective with David Campbell at Brickbottom Art Gallery, Somerville. The show entitled “Out The Window Around the Town” was based  on direct observational drawings and paintings of the city of Somerville in all seasons over twenty seven plus years .

Cynthia Maurice is a member of the cooperative gallery Galatea Fine Arts Gallery in Boston.  Her recent solo exhibits include “In Bloom” 2017, “Gloves Off/ Hands On” 2014 and“Colossus” 2012.

Her work has been included in numerous juried shows including the “31 Women” group show at the James Library & Center for the Arts, Norwell, MA.; The Catamount Arts Gallery, St Johnsbury, VT.; Danforth Museum “Off the Wall” series; the Mills Gallery at the Boston Center for the Arts; Fitchburg Museum of Art; and the National Arts Club in New York.
A member of Boston Printmakers, her lithographs have been included in the publication  “Muskat Studios  the First 20”, 2014. Her work has been reviewed in the Boston Globe and Improper Bostonian .

Her editorial illustrations have been published in the New York Times, Boston Globe, National Law Journal, The Washington Post, and Tikkun Magazine.

She was an associate professor, teaching studio courses which included figure drawing and anatomy at Middlesex Community College and the Art Institute of Boston.

In 1986 Ms. Maurice co-founded the Brickbottom Artists Building, a Somerville cooperative live/work environment of 120 artists where she still maintains her studio.
Maurice was selected artist/ambassador to the City of Somerville’s sister city of Tiznit, Morocco in December, 2009 with a repeat visit April 2011.
​
cynmaurice.com