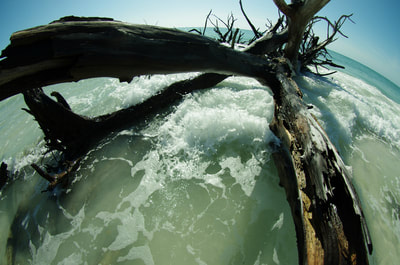 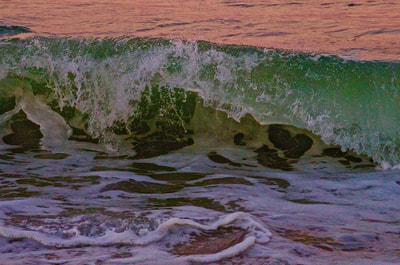 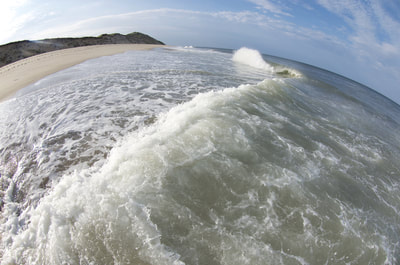 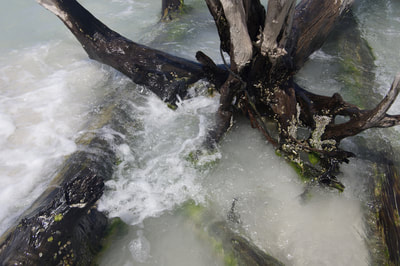 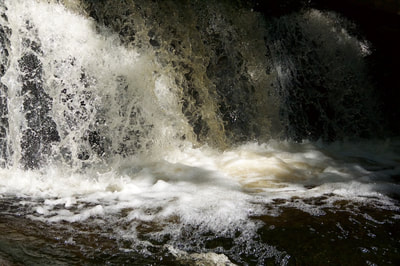 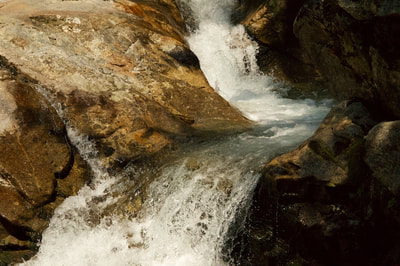 The poet Rumi wrote:
Do not feel lonely, the entire universe is inside you.
Stop acting so small. You are the universe in ecstatic motion.

Artist Statement:
My joy is to pursue that ecstatic motion, to give thanks. To search for ways to express my love of the world.
I want to fuse with nature, its creatures, trees, water, sound. To feel its touch.

I am often in water or woods with my camera and camcorder. That is my ecstasy and connection to the energy of the universe. That is home. I find that multimedia art is the best way to do that. Lately I am working with digital art, a new tool to help me create a Light Sanctuary in November 2018.
​
My greatest wish is for my art to offer respite— calm, hope, beauty— to people in need of healing, like myself.
In that regard, I am an artist in residence for the Illuminations program at the Mass General Hospital Yawkey Center for cancer patients. I hope to inspire other artists to bring their work to similar places.
​

​Artist Bio:
In August, 2009, in conjunction with an exhibit of photographs taken during his ownership of the Coolidge Corner Theater, the Boston Globe’s Mark Feeney wrote “There was a 25-year period when Justin Freed dominated sophisticated filmgoing in and around Boston.” Critic Gerald Peary referred to him as a legend.

Before his career as an innovative film programmer Freed had been a devoted photographer. Beginning in his teens, influenced by the images in periodicals such as Life Magazine and by abstract art, he photographed on subway trains, open air markets, back yards, schools, at the seashore and in the woods. For allof his life he has been obsessed with trees and water, those essentials components of life.

A key moment occurred when he saw a short film about the work of French photographer Eugene Atget, who became a life-long influence. Other influences were Edward Weston, Wynn Bullock and Eliot Porter.

His visual education continued during his career as a film programmer. He established a unique series on the American Underground Cinema. Here he discovered exemplars of what he calls “ecstatic nature,” filmmakers such as Ed Emshwiller and Stan Brakhage. Their work also became templates.

Over his life time he has established a large archive of photographic and video work in many genres.

Now a multimedia artist incorporating video, sculpture, photography, digital art and soundscapes, his first production of that kind was “Movie Madness”, which was a feature of a Third Stream multimedia festival at New England Conservatory’s Jordan Hall in the mid 1980’s. For this piece Freed wrote the story, directed and photographed the actors and did a voice over narrative in the tradition of Film Noir. In 2011 his documentary “Portrait of a Passionate Painter” about Jen Bradley played at the Provincetown International Film Festival.

In November, 2014, with painter Claudine Bing, he produced a collaborative multi-media exhibition at the Galatea Fine Art Gallery in Boston. Titled Rhythms of the Universe, the two artists contrasted and aligned their wonder at the cosmos and their love of the earth.

In November, 2015, he created a multimedia environment called “The Waters of Life: A Refuge” at Galatea Fine Art. This presentation derived from his interest in the healing energies of water and sound. It was designed as a soothing respite from a stressful world.
This led to his continuing Artist in Residency at the Mass General Hospital’s Yawkey Cancer Center as part of its Illuminations program for patients.

In the fall of 2017 he was one of the Boston Cyber Arts artists to exhibit on the Marquee at the Boston Convention Center.

In June 2017, he produced an evening of music, film, and photography in conjunction with the premiere of the documentary The Jazz Loft According to W. Eugene Smith. Jazz photographs by Freed were premiered at this event and projected on the theater screen during pianist Kenny Werner’s performance.

He continues to work in various visual media and is planning his next installation for November 2018, which will involve digital art and light, to be called “Light Sanctuary.” His mission is to express his love of the beauty of the world and to offer healing through art.
​justinfreed-visualmedia.com